Here’s Why CEIBS Is Ranked The Top MBA In China 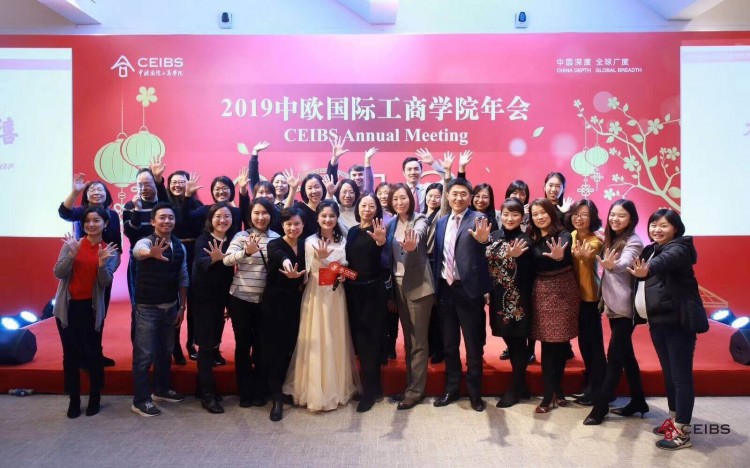 In the years after Steven Ji completed an executive education program at China Europe International Business School (CEIBS), the school was hovering around 15th-to-20th in the Financial Times Global MBA Ranking.

Since 2009, though, something has clearly clicked at CEIBS—the Financial Times Global MBA Ranking for 2019 places the school in the world’s top five, and as the top MBA in China.

Consolidating itself as the top MBA in China, and worthy of a place among the world’s elite, is the result of both internal and external factors, explains Steven, who is now the school’s assistant director of MBA admissions.

Of CEIBS’ most recent graduating MBA class, 93% of students were employed within three months of graduating. MBA graduates from CEIBS also receive an average salary increase of 183%, the highest figure among the top 20 schools in the Global MBA Ranking 2019.

“Externally, our achievements are also part of the larger success of the Chinese economy,” Steven says. “This can be seen, for example, in the high demand for our alumni—an indicator of the need for talent that lies at the heart of the country’s development.

“The strength of the CEIBS brand, increasingly known for its rigorous curriculum that prepares our students to excel, has offset recent years’ well-reported slowdown in China’s GDP—a tapering off that’s somewhat inevitable as the country continues to transform from being the factory of the world to leading the way in innovation.”

An anniversary to remember

CEIBS’ rise coincides with the school’s 25th birthday in 2019. They’ll be celebrating the MBA program ranking on par with the EMBA program—which was ranked last year as the fifth best program of its kind in the world by the Financial Times. “The fact that five times five is 25 is a coincidence that has not been lost on the school’s leadership,” smiles Steven (pictured).

New developments on the MBA this year include a new China module in the ancient village of Yuyuan Taiji, in Jinhua, part of the Zhejiang Province. This will “help guide MBAs on a journey to discover their inner selves,” Steven explains.

Students can expect a morning mindfulness session, before moving onto working with the local community.

Outside of domestic developments, there will also be a new overseas elective coming up in Silicon Valley, in partnership with the University of San Francisco. This will focus on innovation and new technologies.

This new overseas elective is an example of the exponential growth and impact of technology on the business world, and the need for MBA students to keep abreast of all the latest trends.

In 2018, CEIBS saw an increase in graduate placements in the technology sector—MBAs dominated cutting-edge areas like big data, blockchain, and artificial intelligence.

This, incidentally, is the sector Steven sees growing most in 2019. He anticipates that the number of technology placements will increase further this year.

And the tech sector is hot on the heels of finance as the number one industry destination for graduated CEIBS MBAs—25.7% entered finance in 2018, with 24.3% moving into technology.

China has an unavoidable role in the growth of technology—the Made in China 2025 program, for example, is the government’s attempt for China to bolster and dominate hi-tech industries.

Does that mean knowledge of China is unavoidable for the modern MBA?

“If you pick up any newspaper, you can’t avoid reading about China’s place in the business world. We believe that knowledge of China is important for anyone pursuing a career with global significance.”

He cites the former WTO director-general, Pascal Lamy, who was recently welcomed to CEIBS as a distinguished professor. “In his words, he joined the school not only to share his experience, but also to learn from and interact with students to understand their views about the world.

“I see this as another strong indicator that, even for a global statesman with years of experience […] understanding today’s China remains a key priority.”

Do all roads lead to Asia?

China is growing on a global scale, and the increased visibility of the country has had a profound impact on the level of competition within graduate management education in the region. At the turn of the century, in 2000, there was only one Chinese school in the Financial Times’ Global MBA Ranking—CEIBS is one of six schools ranked this year, with the APAC region as a whole represented by 14 schools.

This comes as a Graduate Management Admission Council (GMAC) report last year reported declining application numbers to the US, and an increase in the number of students applying to business schools in Asia.

There are also economic opportunities, brought on by the Made in China 2025 program, but also the reinvigoration and expansion of the old Silk Road Trade Route. China’s Belt and Road Initiative is an ambitious plan by the government to improve regional cooperation and connectivity across continents.

It is being developed between China and 65 other countries, who altogether make up over 30% of global GDP, 62% of the world’s population, and 75% of the world’s known energy resources.

“Asia’s business school market hasn’t reached the level of saturation seen in the US, and I would say that Asian schools are still growing and learning,” says Steven.

As they grow, Steven says they must find the right balance between a rigorous classroom experience and making the most of the “hive of activity” outside the walls of their campuses.

“I believe this is the current trend at business schools but, more importantly, it’s a golden opportunity for MBAs to try, fail, and find out which areas of business they would like to make an impact on after graduating.

“We need to ensure that MBAs are not just learning about a changing China, but also living it!”