How My MBA Turned Me From An Engineer Into A CFO 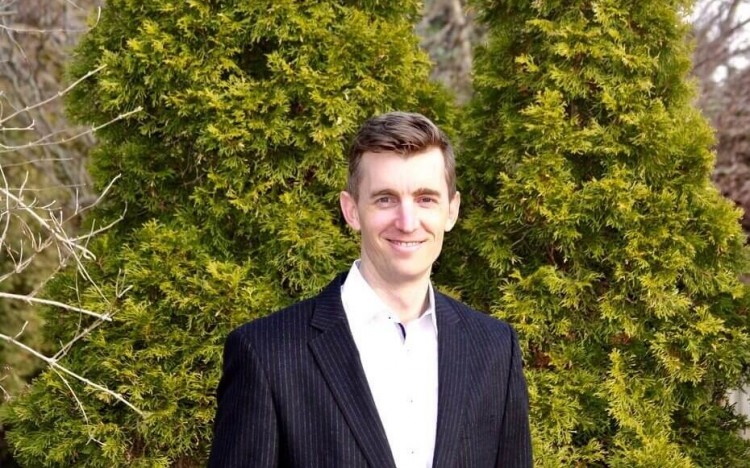 Philipp Roennberg still remembers being hit by a blast of warm air every time he and his family stepped off the plane in Togo, Africa, where he lived between the ages of three and six. He remembers being the only European family in a rural African community, fascinated by living in a completely different culture.

He spent the subsequent years in his native Germany, studying engineering, before deciding to embark on his own adventure. Age 25, he returned to Africa, where he was dropped into a can of close-quarter living and the sweltering heat of a construction site in the heart of Nigeria.

Philipp enjoyed diverse experiences from early in his career. But it wasn’t until he pursued the MBA at IESE Business School in Barcelona that his career really took off.

A world from home

When Philipp adventured back to Africa to work in construction after his undergraduate degree, he says he entered a continent vastly different to the one he had left behind.

This move was the biggest challenge he’s overcome in his career to date. At a young age, he was placed into an exciting yet bullish environment, and was tasked with winning over the respect of the older, senior European supervisors; they saw him as a greenhorn with little experience.

“Earning their respect was the biggest challenge [for me], an achievement that showed me anything is possible with the right attitude.”

His co-workers became like family in what he describes as a Big Brother scenario of close-quarter living. Battling sweat and stress, the spirit of hard work and collaborative spirit Philipp developed during this time came to shape him as a professional; a “fantastic” experience, he says.

“If I enjoy what I’m doing, and am working hard, things fall into place,” he explains.

Though happy with the development he’d undergone in Nigeria, Philipp didn’t plan on spending his entire career as an engineer.

He knew an MBA was the answer, and he sought an enhanced skill set and a broad network. His destination of choice was Europe, and after visiting the IESE Business School campus in Barcelona he fell in love with the atmosphere.

His parents also lived in Spain at the time, and the gut feeling was this was the school for him.

Philipp’s plan was to go back into construction after graduating, but when he entered the market, he found that companies in the sector didn’t value his dual skill set as much as he’d hoped.

“They kept asking if I wanted to be a technical or a finance guy,” he says. “It wasn’t the right fit, so I decided to leave the construction industry and then I entered Siemens.”

“I wouldn’t have gotten into it without the MBA clearly,” he admits. “Typically, only people from an investment banking background get in there, but I was able to get in there as an MBA with an engineering [background].”

Philipp spent six years at Siemens, during which time he met his wife, had kids, and family became a big part of his life.

Seeking something different, he then changed tack, joining Hilti Group in M&A in Liechtenstein, before becoming the company’s CFO for Canada in August 2018, based in Mississauga, Greater Toronto.

How the MBA made the difference

“Overall, looking back, the [career] acceleration is still unbelievable,” Philipp says, “I don’t know where I would have been right now if I hadn’t done the MBA.

“Because of the exchange you have with other students you get this broad perspective when making business decisions, rather than just being a functional expert in something,” he says.

The MBA at IESE Business School exposed him to many functions, debates, and different people. “Since you cover so many topics, I think you get so much better at your job, and I think that is what drove my career,” he says.

Growing up with diversity, Philipp was at home in an MBA classroom—a melting pot of cultures and nationalities. He says the soft skills he developed from his MBA have really made the difference.

The IESE MBA has taught him to circumvent workplace challenges with creative thinking. He is also much more adept at influencing his colleagues, convincing them that his solution is the right one for the business.

“That’s the key benefit for me from the MBA, and that’s what makes you successful in your career.”