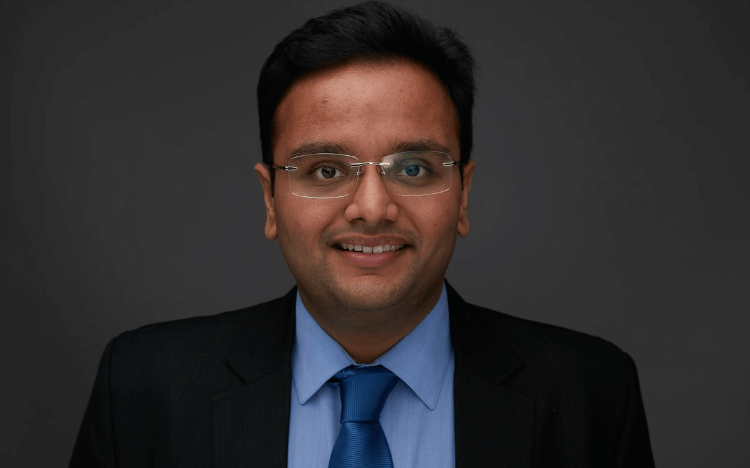 For Anirudh Singhania, a one-year MBA was the perfect stepping stone to a new career in the US

Salary increase, enhanced career opportunities, leadership skills—these are just a few reasons why countless professionals seek out an MBA every year. For Anirudh Singhania, a one-year MBA proved to be the missing piece to his otherwise thriving career.

Anirudh had been flying high as a certified public accountant with Axis Risk Consulting for nearly four years in India. He started out as a consultant and then rose to the role of assistant manager—leading teams and partnering with senior management—with the global multinational firm. Yet he wasn’t completely satisfied.

He wanted to develop his overall profile and looked to business schools to help him achieve this aim. Anirudh researched schools in Singapore, India and Europe before finally settling on The University of Hong Kong (HKU). The diverse MBA class profile, global focus, and case-based learning stoid out to Anirudh.

Fast forward four years and Anirudh is now an enterprise and risk compliance (ERC) director based in Chicago, the largest city in the American Midwest, and happier than ever in his career.

Anirudh’s worldview opened up considerably during the one-year HKU MBA.

Preparing a business plan, winning competitions, and developing language skills were prospects that had previously never crossed his mind until business school.

The Business Lab elective particularly stood out as a memorable experience for Anirudh during the course.

On this elective, students engage in active business-related discussions with one another based on case studies, while developing problem-solving capabilities and networking with industry experts who lead these sessions. Students then present a final project to judges in teams.

Anirudh says that despite his team of four’s lack of similarities, they went on to win the ‘Best Pitch Award’ on the business lab elective-competition by combining their strengths and working as one.

He also completed two internships during his MBA, one leading a team of consultants based outside of Hong Kong for three months with The Eureka Consulting Group, and the other working on global strategy with Infiniti Motor Company.

Both roles helped to shape his international outlook, as well as highlight what he didn’t want to do career-wise.

“An MBA program not only teaches the finance and strategy tricks, but also teaches you to be humble and self-aware, making you understand how exactly you want to shape up your post-MBA career,” Anirudh says.

Being open minded to new opportunities

After graduating in 2016, the role Anirudh landed with global consulting firm, Genpact, was completely new territory for him in more ways than one.

Not only was he faced with adapting to a completely new country and culture yet again, but also a new career track.

Anirudh says that the finer skills he picked up during the MBA program, which included not shying away from new opportunities, being open to change, and going outside of his comfort zone, helped him to pursue an international career.

“In the last three years, I can see myself transforming both professionally and personally, when it comes to being open to new ideas, learning new things or working in a completely new territory,” Anirudh adds, an attitude that has served him well as a director.

Currently, his day-to-day responsibilities involve designing customized risk and compliance solutions for organizations, leading marketing initiatives, and communicating with senior stakeholders both in and outside of Genpact.

He admits that it took him some time to completely embrace his new role as all of his responsibilities were completely new to him, but several factors helped.

“The things that I believe helped in this process were the lack of reluctance to try new things, always being keen to continuously learn and evolve, and not being afraid of failing,” he says.

“Those are the biggest takeaways from my MBA program.”