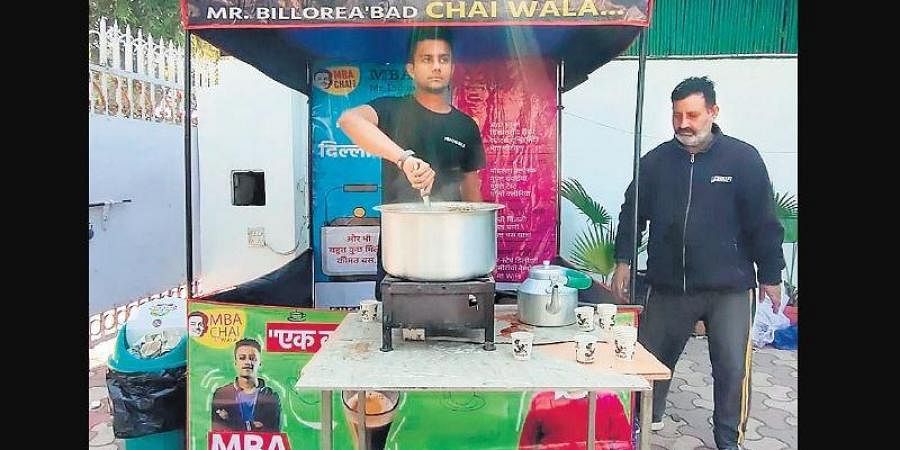 Taking a leaf out of BJP’s campaigning stylebook, Billor has decided to contribute the AAP’s campaign by setting up tea stalls across a few constituencies calling it ‘Kaam Ki Chai’.

According to Billor, who is famous for his MBA tea in Ahmedabad, said he was inspired by the work of Kejriwal government.

“What Kejriwal has delivered in Delhi is evident. This is why I decided to come all the way from Ahmedabad to campaign for him here. Over 30 volunteers will join me shortly and put up tea stalls in all Assembly constituencies,” said Billor, who left his high paying job few years ago to sell tea.

Serving tea with names inspired by the AAP government’s work in the last five years ,the MBA Chaiwala’s team of volunteers will set up stalls and interact with the public.