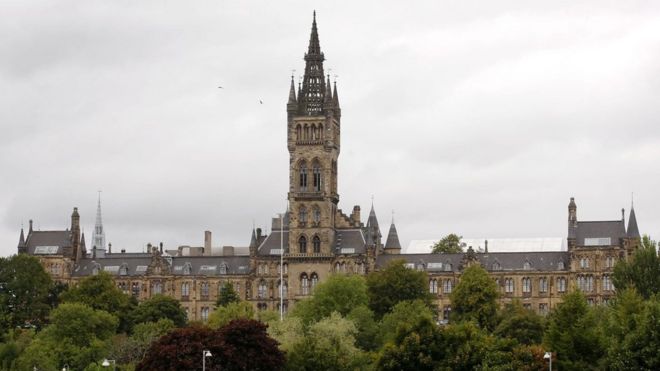 The exam results needed for a place on some of Scotland’s most prestigious university courses are to be lowered for those from disadvantaged areas.

Applicants from some backgrounds may get into Edinburgh University with lower grades under new entry standards.

But getting the minimum grades will not guarantee a place, only take students over the threshold to be considered.

Applications would be considered based on a “range of factors” as well as grades earned, the university said.

For example, applicants for its law degree will be required to have four Highers – one A and 4 Bs.

Normally they would need five A grades to be considered.

Similarly for applications to medicine, pupils will be required to gain three A grades and two B grades – below the expected four As and one B.

Exam results alone are not normally used to decided whether someone should be admitted.

A spokesman for the University of Edinburgh said applications would be considered on a variety of factors and not just on grades earned.

He said: “The university is committed to widening access and welcomes applications from students from diverse backgrounds, while ensuring we support every student throughout their academic journey.

“Our contextualised admissions process allows us to make offers to Widening Participation applicants, who meet the minimum academic requirements, using our Access Threshold – which takes into account a range of factors other than academic qualifications.

“The 2019-20 Access Threshold for each degree is published on our online degree finder.

“We continue to explore opportunities to further adjust our requirements.”

Figures published earlier this year by the Higher Education Statistics Agency indicated more than 15% of students entering university in Scotland last year were from the country’s most deprived areas.

The Scottish government has set a target that 16% of students entering university will be from the most deprived backgrounds by 2021, with that figure increasing to 20% by 2030.

As a general rule, institutions which became universities in the 1990s have more students from the most deprived backgrounds than the ancient universities and the universities which date from the 1960s.

Glasgow University and Aberdeen University have also published two sets of entry requirements for each course.

A spokesman for Glasgow University said it had “a proud history of outreach programmes”, of which making contextualised offers to applicants from varied backgrounds was “an important part”.

He added: “Those contextualised offers have been made since the 1980s via our Summer School programme.

“Our widening access programmes currently cover the 120 secondary schools in the west of Scotland and areas of disadvantage across the country.

“Combining effective outreach with evidence-based contextualised admissions is the key to our success.

“While we’re delighted with the progress we’ve made, we are constantly working to bring equity of opportunity to all widening access participants.”

Alastair Sim, Universities Scotland director, said universities are making the move because it is “the right thing to do”.

He said: “Universities have planned their move to set minimum entry requirements very carefully based on judgements about the course content and what it takes to graduate.

“This is not about ticking boxes for universities – it’s about giving people chances they have worked very hard to earn, often with the odds stacked against them, with the confidence to know they have as much potential to get as good a degree as their peers.

“Every student that gets a place at university through this new system will fully deserve their place, that’s a responsibility that universities have to all applicants and one they take very seriously.”

Half of universities have fewer than 5% poor white students

Will universities go bust if fees are cut?

There’s a growing expectation that the review of student finance in England, headed by the