Where MBA Demand Is Exploding 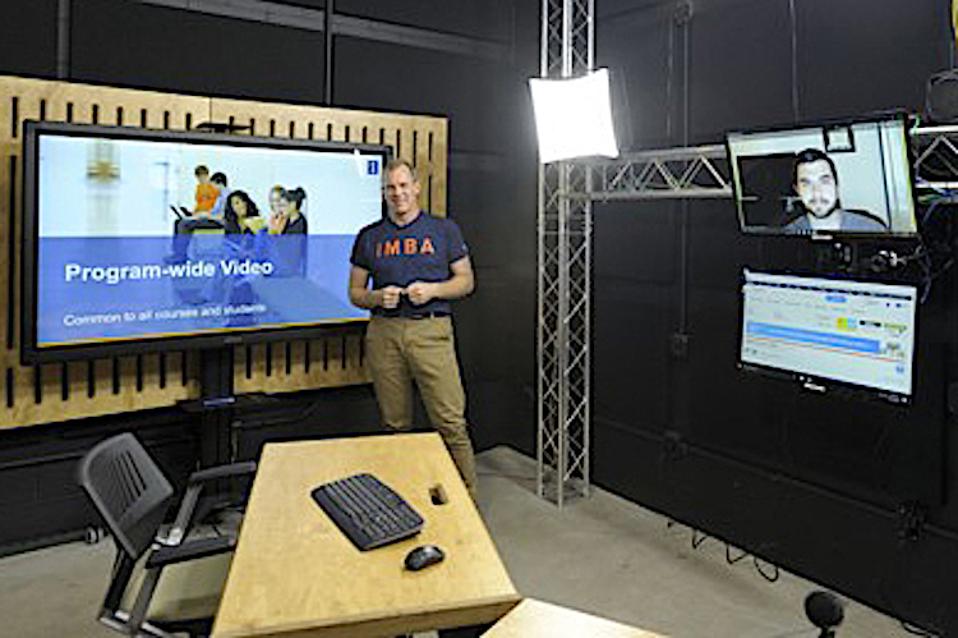 You’ve no doubt read the endless stories about the decline of the MBA. Those stories will tell you that interest in the degree by young professionals has been falling for years. Some give unjustified credence to claims that the degree’s value is questionable and that schools are teaching antiquated ideas locked in the Industrial Age.

Truth is, applications to full-time, two-year MBA programs have declined for five consecutive years. More schools are shuttering their MBA offerings and actual enrollment in many more programs has fallen. But there is another surprising side to this story: MBA demand is also exploding.

Consider the University of Illinois’ Online MBA program at the Gies College of Business. Enrollment in Gies’ iMBA program has grown to more than 2,500 MBA degree-seeking students this fall from a debut cohort of just 114 students three and one-half years ago (see Gies’ iMBA: The Fastest Growing MBA On The Planet).

And in the two months since Boston University’s Questrom School of Business announced a new online MBA program, nearly 600 applications are now in progress for the offering which will debut next fall. Even though the school only opened its application three weeks ago, 43 candidates have completed their apps. And that is without Questrom spending a penny marketing the program.

The secret at Illinois and BU? It’s the price. The price tag on the Gies’ MBA is just $22,000, while the cost of the forthcoming online MBA at BU will be a mere $24,000. These programs are booming because they are highly affordable options that allow young professionals–many of them already carrying undergraduate student debt–to get an MBA without having to quit their jobs. And roughly half of the more than 2,500 students in the Gies’ program are getting some sponsorship from their employers, making the MBA even cheaper than the $22K price might indicate.

It underlines concerns that the more traditional two-year, on-campus programs have become way too expensive, far beyond the reach of many would-be students after a quarter of a century of MBA tuition increases that have outpaced the rate of inflation.

“We’re selling a Tesla for the price of a Hyundai,” insists Jeffrey Brown, dean of the Gies College of Business. While that’s clearly an exaggeration, Gies is delivering significant higher educational value for the $22,000 it charges for the degree and that is why demand has exploded, even in the absence of a ranking because Brown has so far decided against putting the program into online MBA rankings.

Brown won’t provide any concrete clues about his iMBA enrollment goals, maintaining that growth is dependent on the quality of the applicant pool. The program is now cash positive, he says, though the school is a long way from recouping its investment. “We could get up to 3,000 or 5,000 steady state or the world’s population,” he says. “It’s all dependent on quality. We don’t need to grow. It’s already financially viable.”

Over at Boston University, which is partnering with edX, the education platform founded at Harvard and MIT, administrators see similar upside to their offering. “The MBA is still one of the most if not the most coveted degrees out there,” says Questrom Dean Susan Fournier. “There are still a lot of quality people out there who wish they could get this crediential.”

In fact, the most requested degree at edX, says Fournier, is the MBA. “There have been 10,000 inquiries for an MBA before we partnered with them. That’s 10,000 latent requests for the degree at an affordable price.”

BU is hoping to tap into that pent-up demand for its inaugural Online MBA cohort. About 37% of the potential applicants who have begun filling out Questrom’s lead form for the program have come directly from edX’s database.

No less impressive is the quality of the students signing up for these low-cost MBA options. “We thought we would see older, working professionals from great companies that we don’t typically see outside the Northeast,” says JP Matychak, associate dean of student experience and services at Questrom. “And that has been true. After Massachusetts, the second largest source (of applicant interest) is coming from California and the tech field.

“But one surprise is that nearly half of the applicants already have a master’s or PhD degree,” he adds. “We are seeing the backend of the rise of the specialty master’s programs. These are people who want to move into leadership roles but who don’t want to spend $120,000 and come back to campus. That was a shock to me.”

The big takeaway? The demand for these low-cost MBA options show that the MBA is very much alive and well. Sticker shock on the price of the traditional MBA experiences may be having far more impact on the business than anything else.